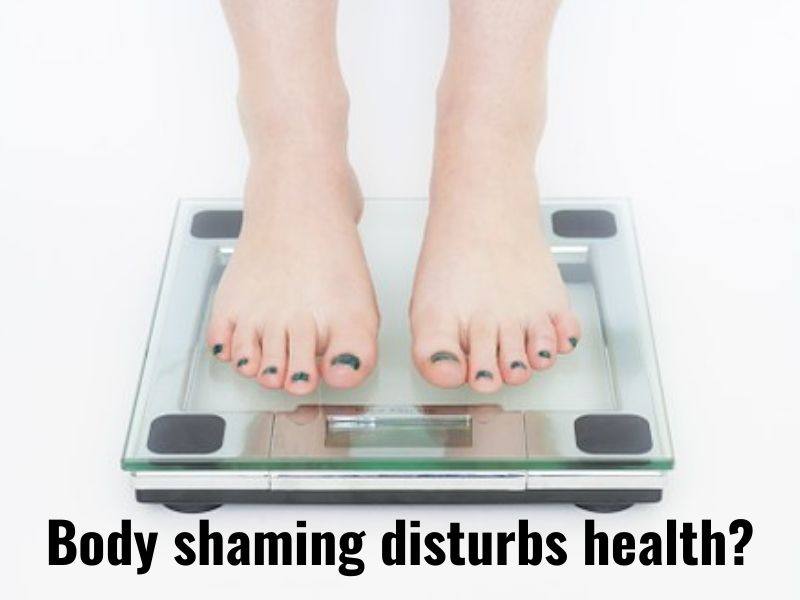 The modern term “Body Shaming” needs no introduction for sure because these days, people have a definite notion of “Beauty” and undeniably, it impacts the mental well-being.

In case, if you are not aware, Body Shaming defines the standards of skin colour, body dimensions, hair length and the list never ends.

If you ask us if this discrimination lead to mental health issues, we say YES! Surprisingly, it affects mental and physical health in varied ways.

When someone body shames, it leads to low self-esteem and self-confidence and they may have to pay the price for this by professional or personal failures.

And, if the body shaming is too frequent or has more impact due to any reasons, it may also lead to anxiety, depression, and social isolation.

Shockingly, people with anxiety tend to overthink everything, and when it comes to remarks about their bodies, it is no different. And this leads to panic attacks and depression as well.

Here are the most beautiful questions ever asked

Do you know sleep is linked to mental health? 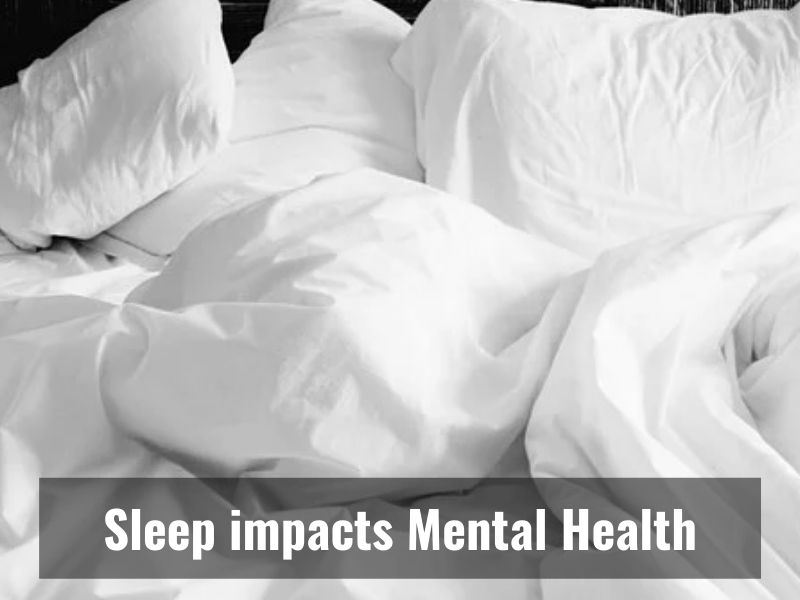 A good night sleep matters a lot and is definitely linked to the mental health. Experts always advise to get adequate sleep for mental well-being. Because a good sleep rejuvenates and regulates emotions. Also, it heals heart and blood vessels.

A good night sleep helps you to stay fresh throughout the day, hence increasing your productivity and boosting confidence.

As per a global study, 45% of the respondents surveyed have reported heightened anxiety, and 24% said they observed heightened feelings of depression due to lack of sleep during the pandemic.

Study: Use of Cannabis can worsen risk of poor mental health 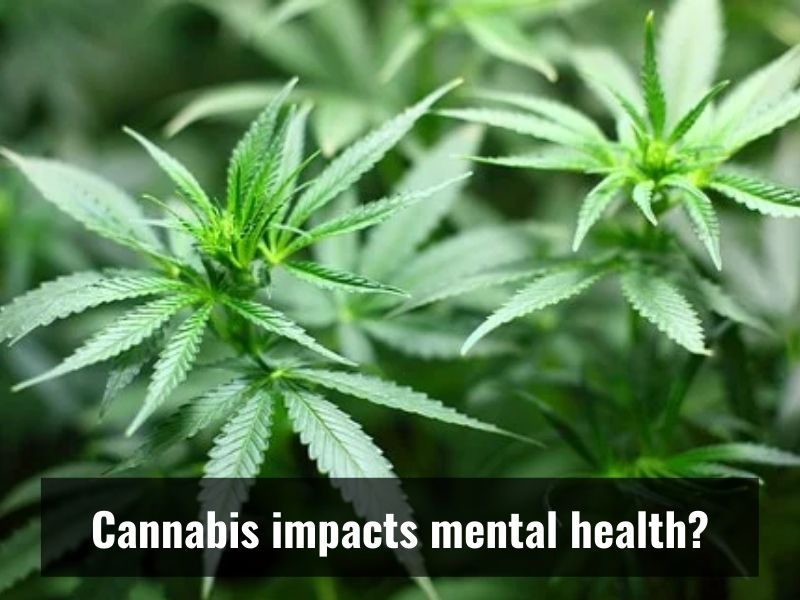 For sure, use of cannabis has been restricted to health related drugs especially for people suffering insomnia and anxiety. But a new study sound that people who actually have a history of cannabis use are incidentally at a much-graver risk of poor mental health outcomes and experiencing problems like depression, anxiety and other severe mental issues.

“The research reaffirms the need to ensure a public health approach to recreational drug use across the UK,” said researcher Joht Singh Chandan from the University of Birmingham.

“We must continue to progress measures to improve the prevention and detection of drug use as well as implement the appropriate supportive measures in an equitable manner to prevent the secondary negative health consequences,” Chandan added. 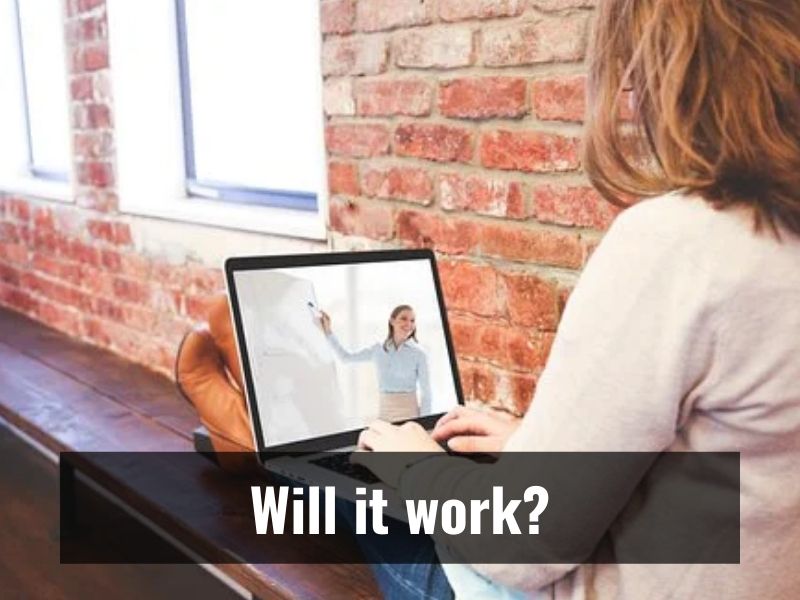 Welcome to a new wave of psychological research — VR content that’s primarily designed to aid exposure therapy. Exposure therapy is a treatment for anxiety disorders, exposing patients to anxiety-inducing stimuli in a safe, controlled environment. During VR therapy, one straps on a headset, sinks into the past, faces one’s fears albeit in a controlled manner and overcome the disorders in real life. It aims at making patients eventually learn that the “threats” they perceive are not actually very dangerous.

Post-traumatic stress disorders (PTSD), anxiety attacks and different phobias are battles many fight within themselves. The pandemic has even contributed to worsening these disorders in some. Fear, anger, worry, frustration, etc. keep many on the edge even as they desperately look for solutions to control their mind from going berserk.

VR therapy appears to shine a new ray of hope in ending these mental health issues or helping in controlling the mind from coming unmoored. Doctors across the globe are increasingly suggesting VR therapy to diagnose and treat medical conditions.

The technology, which immerses a patient in a 3D environment mimicking a traumatic memory or other mental health issues, is catching up in India as well and showing promising results.

VR: the next big thing for mental health

“Patients with anxiety and mental disorders perceive these computer-generated situations using special high-end goggles. It appears to be a potential diagnostic and therapeutic tool for treatment of Alzheimer’s disease (AD) and other dementias,” he says, adding that studies have shown that VR therapy to definitely benefit patients with dementia and help their care-givers and families to a significant extent. “Patients with dementia were found to have reduced aggression and interacted better with their caregivers when they were treated and exposed to VR therapy.”

Taking us through the intervention technique, Dr Nirali Bhatia, Cyber Psychologist & Psychotherapist, provides an example of a client who has a fear of height “What they normally do is to use an intervention technique, called guided imagery, in which clients are asked to visualise the scenario and stimulate that whole experience. They are then guided to work towards it while their bodily changes are closely watched.

“This process requires the client to be able to cognitively get into that trance. At every level, the client’s feelings are monitored,” Dr Nirali says, adding that VR’s easy and life-like simulation can be applied to every client irrespective of the barriers of language or cognitivity.

The doctor further describes the process. “VR therapy applies a stimulus environment where the client is slowly asked to move to the next floor. At every level, the client’s made to notice their feelings, regarding how they were feeling previously and whether they’re feeling better,” says the doctor. “At that point, if anxiety or palpitations show up in the client or their body movements, we immediately intervene and guide them on how to handle it. Then, we slowly move on to the next level. VR applications work with a controlled exposure, which eventually make clients well prepared to handle those scenarios in real life.”

What lies ahead in VR therapy

Doctors describe VR therapy as a “major breakthrough” in treating mental health disorders, calling it the next big thing in the medical field though it’s yet to fully enter the mainstream.

Experts, however, clarify that some clients would need several simulations ‘sittings’ to get better results. For some, each session could feel as if they were in a fantasy novel.

Dr Krishna Sahiti, consultant psychiatrist in Apollo Hospital, Jubilee Hills, says they use audio and visual aids to slowly increase the intensity of the stimulus in VR. “Physical symptoms and psychological reaction are assessed slowly. Clients who avoid and are fearful about the stimulus will experience the stimulus with the help of a psychiatrist and in a protected environment, which is hassle-free,” the doctor informs. “In further sessions the intensity of stimulus is slowly increased so that we can help the patient experience the stimulus without symptoms while helping them.”

Say goodbye to dark circles with these home remedies

Pizza, Chips And Other Processed Foods May Affect Your Memory

How to Protect Your Kids From Coronavirus