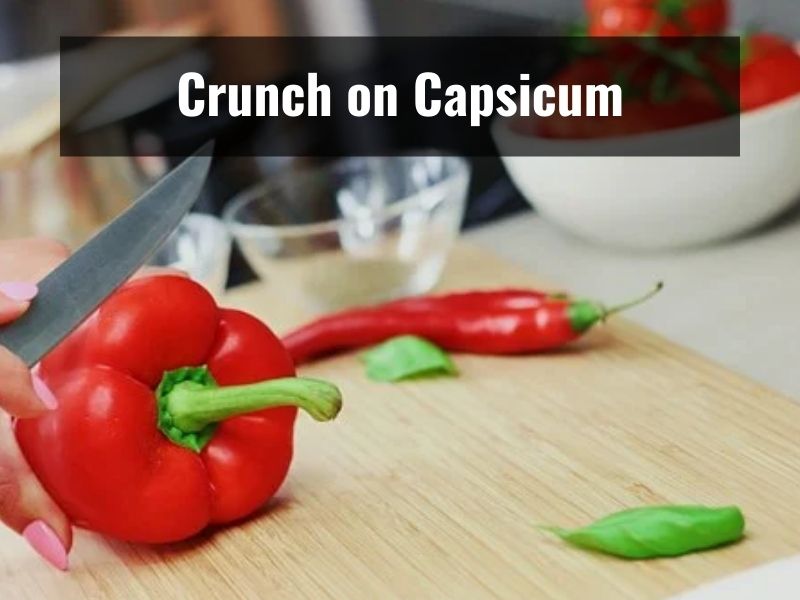 Capsicum / Bell Peppers / Shimla Mirch are one of those ubiquitous vegetables you’ll find in everything from a crisp, fresh Greek salad to a vegetarian curry to colorful party veggie trays for a healthy group snack. They’re an incredibly versatile vegetable that come in several colors, and you may be wondering what its main health benefits are or if it’s possible to have too much of a good thing. Here, three dietitians break down all the beneficial reasons to snack on and cook with more bell peppers.

Capsicums are good for heart and digestive health.

It should come as no surprise that bell peppers are another extremely healthy vegetable, whether you’re opting for green, red, yellow, or orange varieties. All bell peppers provide fiber, some iron, and folate to support a healthy gut, healthy cardiovascular system, and proper natural detoxification, says Lauren Minchen, nutrition consultant for Freshbit, an AI-driven visual diet diary app.

Bell peppers are rich in potassium.

“Peppers, no matter the color, are a great source of potassium and vitamin A,” adds Brigitte Zeitlin, a New York City-based registered dietitian and founder of BZ Nutrition. “Potassium helps to keep your heart healthy by lowering blood pressure and fight belly bloat by reducing water retention.

Shimla Mirch are good for your eyes.

This crisp veggie contains vitamin A, which “helps to maintain eye health, keeping your vision on point and working to prevent macular degeneration,” Zeitlin says.

Bell peppers are high in antioxidants.

Shimla Mirch has some skin benefits.

“Eating green and yellow veggies, such as green and yellow Shimla Mirch, may help decrease the wrinkling that can occur in the crow’s foot area, according to a study of Japanese women,” adds Amy Gorin, RDN, a plant-based registered dietitian and owner of Plant-Based Eats in Stamford, Conn.

How much pepper should you eat?

Believe it or not, it’s possible to overdo it on the bell peppers (as with anything), Michen says. “Eating too much bell pepper can mean less intake of other essential nutrients, which may lead to nutrient deficiencies in the long term,” she explains. “Also, bell pepper intolerance is quite common (they are in the nightshade family), which means that those with an intolerance may be able to only eat a small amount before they experience digestive and other inflammatory symptoms.” As such, Minchen recommends limiting your bell pepper intake to just one per day. But in any case, talk to your doctor or dietitian if you’ve experienced these symptoms and suspect you may have an intolerance.

Surprising side effects of taking Fish oil supplements after 50

HealthKart : Decoding the need for personalized nutrition for children 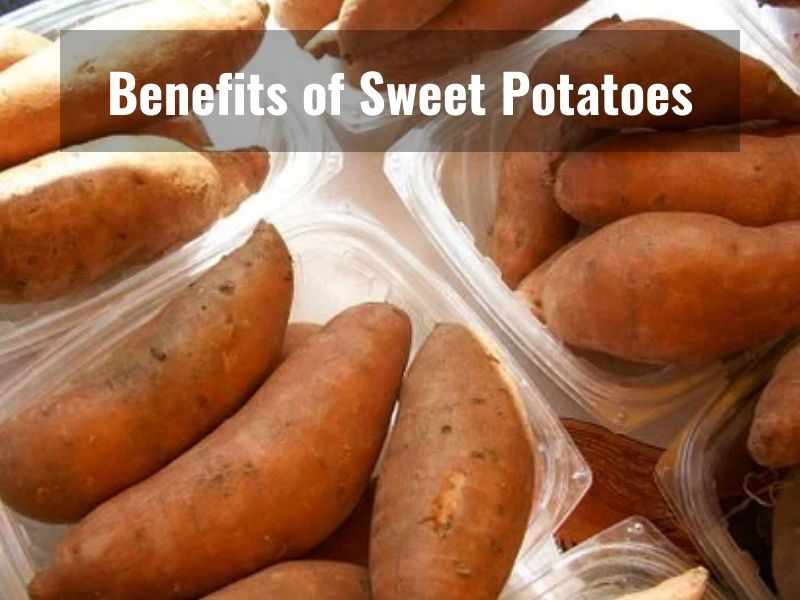 The sweet potato (Ipomoea cantatas) is nutritious and delicious root vegetables. Sweet potatoes when cooked, it results in mild, starchy and sweet flavour when baked or boiled, it becomes soft and creamy and when it is fried or roasted at high heat, it becomes crisp and caramelized. Sweet potatoes are packed with many medicinal benefits. Sweet potatoes have cancer-fighting properties; it supports healthy vision while it enhances brain function.

Sweet potatoes can also help manage diabetes
The rich fiber and magnesium in sweet potato are beneficial for diabetes management because they can lower blood sugar levels. Around 10-15% of the fiber in sweet potato has soluble fibres such as pectin, it is effective in reducing food consumption and spikes in blood sugar. This is because it helps in promoting insulin sensitivity and then regulating the amount of sugar in the blood.

Sweet potatoes can help prevent cancer
Sweet potatoes are packed with carotenoids such as beta-carotene, which plays a significant role in protecting men from becoming afflicted with prostate cancer. In addition, sweet potatoes have also been shown of limiting the growth of breast, gastric, colorectal cancers. Thus you should have sweet potatoes often.

Sweet potatoes can help improve hair and skin
The presence of Vitamin A, C, and E helps in the promotion of proper skin and hair health. Eating sweet potatoes will be enough to glow your skin and hence you will not need to spend huge money on effective products to make your skin glow. The vitamins in sweet potatoes are useful in repairing skin that is damaged due to exposure to UV light. The vitamins also help to slow down the cell ageing process in the skin and help to retain a youthful look for longer.

Sweet potatoes can help in weight management
As sweet potatoes are rich in fermentable fibres, they can help in reducing the overall weight of an individual. So, this is another reason to include sweet potatoes in your diet. It will result in an increase in fiber intake, which will, in turn, lead to lower body weight. 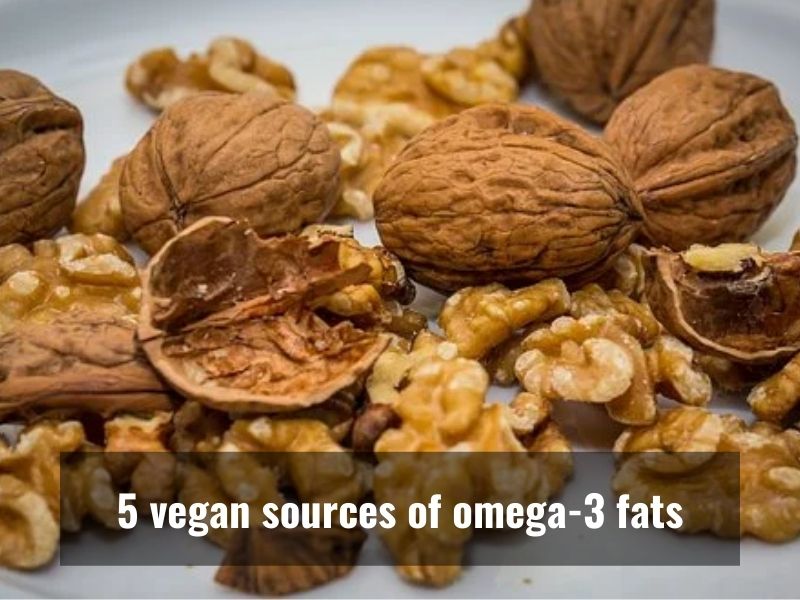 Omega-3s have a positive impact on health when consumed in small quantities – 1.1 gram for women in a day and 1.6 grams for men – can be obtained easily if one enjoys fish very frequently. However, that does not mean vegetarians and vegan sets of people must be deprived of the omega-3s.

1. Walnuts: Nuts are some of the healthiest foods there are and nutritionists for long have recommended them as a healthy snack when hunger pangs strike between meals. Among nuts, walnuts are a rich source of omega-3s. In just one ounce, walnuts give you 2.7 grams of omega-3s and additionally help lower blood pressure, improve heart health and promote weight loss as well.
2. Kidney beans: Kidney beans or rajma are a versatile food that can be used in Indian curries or continental pies, and what makes them even better is the plant-based protein and omega-3 content. Although they offer only 10 per cent of your daily omega-3 requirement, kidney beans are a rich source of iron, folate, and fibre as well – making them ideal for all especially pregnant women.
3. Canola oil: And if you are wondering whether or not there is a variety of cooking oil with loads of omega-3s, we recommend canola oil. With 1.28 grams of omega-3s in just a tablespoon, this one is a must-have for all because of its nutrient profile. Canola oil is also a rich source of vitamin E, K content, and is low in saturated fats as well.
4. Flaxseeds: Weight watchers rely on flaxseeds a great deal owing to their healthy fats and fibre content – and turns out that this food with its nutty flavour delivers more omega-3s than any other edible on earth. In just one tablespoon, it delivers twice as many omega-3s as you need in a day. When consumed in oil form, one tablespoon can deliver seven times the recommended quantity. Additionally, flaxseeds are a rich source of magnesium, manganese, and vitamin A.
5. Chia seeds: Weight watchers often rely on chia seeds to shed stubborn fat. However, little do they realise how one ounce of chia seeds can load them with 5 grams of omega-3s. Also a rich source of fibre and protein, chia seeds are a vegan source of calcium as well.

Winter diet: Here’s why you should eat Vitamin B6 rich foods 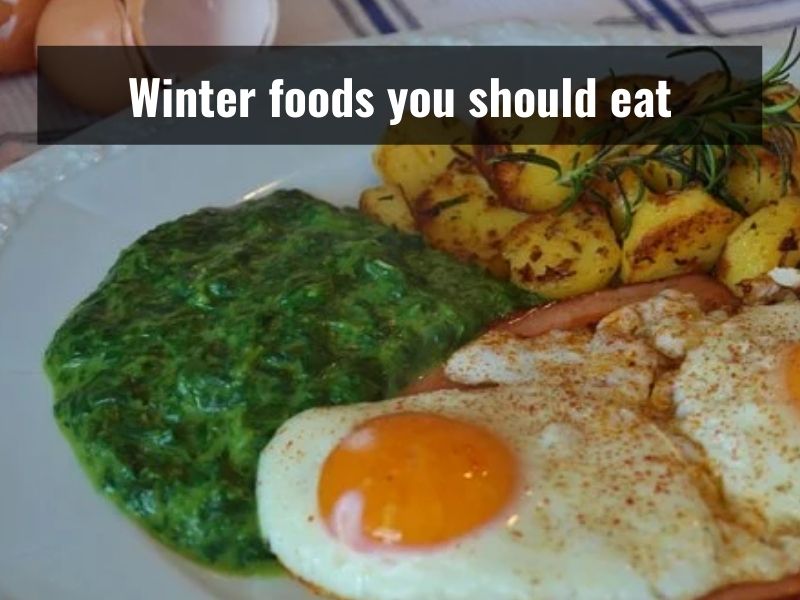 Winter is here and so one should be prepared with the precautions to fight the health-related issues it brings. Experts advice to eat food items that are rich in vitamin B6, also called pyridoxine.

Vitamin B6 plays a key role in treating several conditions – it helps in mood regulation and may reduce symptoms of depression. It also helps the body break down and use proteins efficiently.

Here is the list of foods that are super rich in Vitamin B6. Take a look.