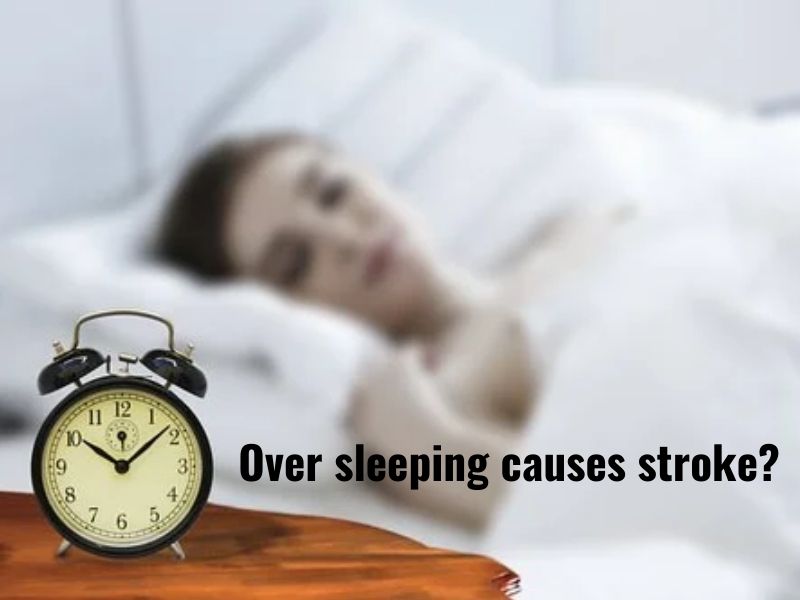 It is recommended to have at least six eight hours of sleep for the healthy functioning of the body. While insomnia is becoming a common issue. Oversleeping should also not be overlooked as it can increase your risk of stroke.

While oversleeping might seem like a luxury on weekends, sleeping too much on a daily basis can indicate a medical concern. Studies have shown that people who sleep for more than eight hours every day are more likely to suffer a stroke as compared to people who sleep between six to eight hours.

Due to a sedentary lifestyle, people as young as 25 are dying due to cardiac arrest leading to stroke.

What causes a stroke?

A stroke happens when the blood flow to a portion of the brain is disrupted or diminished, causing damage to the brain tissue.

Further, people who nap for at least 90 minutes in the middle of the day have 25 per cent higher chances of having a stroke than those who took less than 30 minutes of nap.

People who sleep for longer but report having poor sleep are at 82 per cent increased risk of stroke. Sleep issues are frequent even after a stroke. More than half the survivors have difficulty in sleeping in the months to follow. This can disrupt recovery, create melancholy and cause memory issues.

How excessive sleep can increase the chances of stroke?

How excessive sleep is associated with stroke is not yet clear, but it has been observed that people who sleep too much have increased cholesterol levels, which can lead to weight gain and an increased risk of stroke.

Doctors believe that a healthy diet and lifestyle choices can help avoid 80 per cent stroke risk. Thus, keep moving, have less junk food, say no to smoking and monitor your blood pressure, sugar and weight to have a better life and reduce the risk of stroke.

Related Topics:oversleepingstrokeTop News
Up Next

Cancer cases are on the rise in India