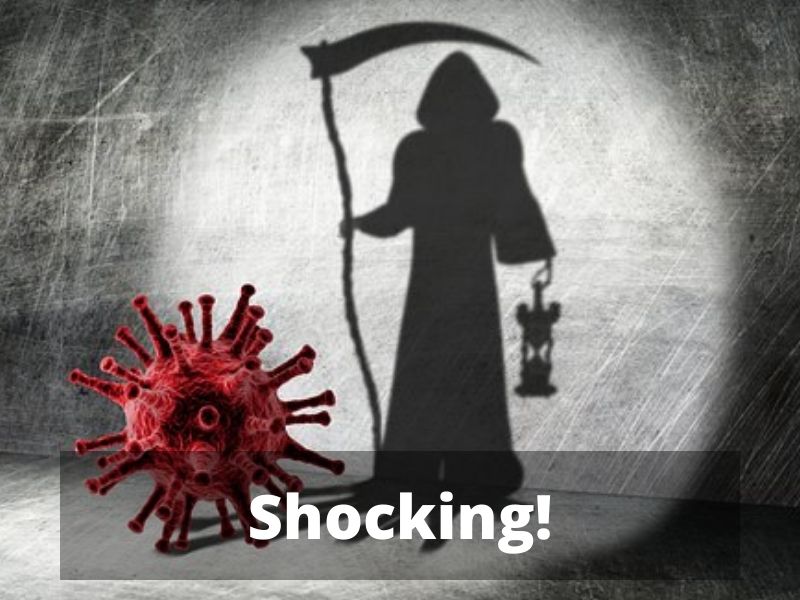 A new study shows that the country’s excess deaths during the Covid-19 pandemic could be as high as 4.9 million. Adding further, it said millions more may have died from coronavirus than the official tally.

The report by the Washington-based Center for Global Development, co-authored by former chief economic adviser Arvind Subramanian, included deaths from all causes since the start of the pandemic through June this year.

The official tally of more than 414,000 deaths is the world’s third highest after the United States and Brazil, but the study adds to growing calls from experts for a rigorous nationwide audit of fatalities.

The second wave left an unforgettable impression with countless infections in April and May, driven largely by the more infectious and dangerous Delta variant. And killed at least 170,000 people in May alone, as per the data.

“What is tragically clear is that too many people, in the millions rather than hundreds of thousands, may have died,” the report said, estimating between 3.4 million and 4.9 million excess deaths during the pandemic.

But it is important to note that this did not ascribe all excess deaths to the pandemic.

The authors said, “We focus on all-cause mortality, and estimate excess mortality relative to a pre-pandemic baseline, adjusting for seasonality.”

Everything you need to know about Norovirus