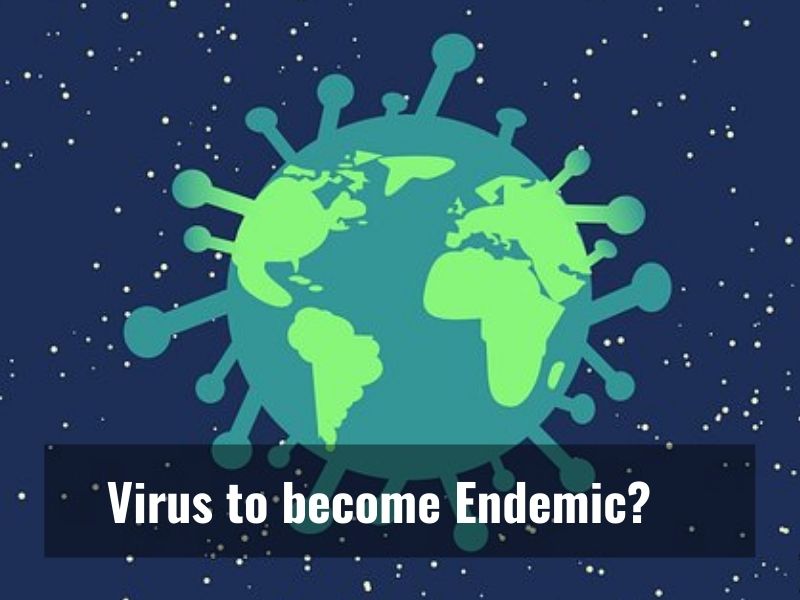 The US is struggling hard to battle the latest wave of Coronavirus driven the the Delta Variant. But as per the experts, the virus will be part of everyday life for years to come.

According to data compiled by the Covid Act Now tracker, the 7-day-average of daily cases as of Monday was 172,000, its highest level of this surge even as the growth rate is slowing and cases are headed down in most states.

Bhakti Hansoti, an associate professor in emergency medicine at John Hopkins University and expert in Covid critical care, told AFP she saw the US following a similar trajectory to India.

But while Hansoti breathed a sigh of relief when the spring wave ended, “I’m a little hesitant this time around,” she admitted.

The possible emergence of newer variants of concern and the advent of colder weather leading to more socialization indoors could lead to a rebound, “unless we learn from the lessons of the fourth wave.”

Angela Rasmussen, a virologist at University of Saskatchewan in Canada, added she was not certain the fourth wave was over.

“If you look at the fall-winter wave, there were periods in which there was a steep exponential increase, and then it looked like it was falling — and then there would be another increase.”

Ahead of ‘Golden Week’, China rushes to contain Delta outbreak