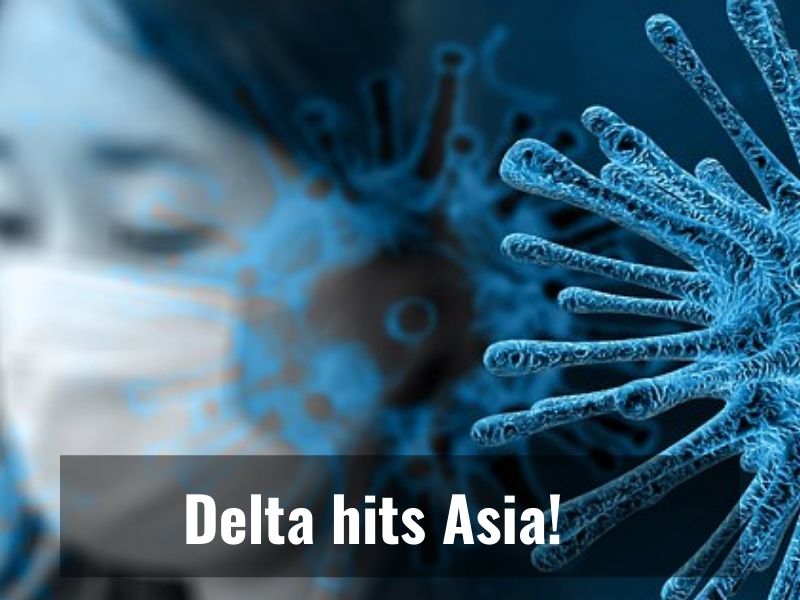 Coronavirus’ Delta variant is creating havoc across the world, especially in Asia. Olympics host Tokyo, Thailand and Malaysia announced record infections and the surge in cases is still on.

The government of New South Wales reported 210 new infections in Sydney and surrounding areas from the Delta variant outbreak.

Also, China is fighting hard against Delta variant in the eastern city of Nanjing which has been traced to airport workers who cleaned a plane which had arrived from Russia.

Vietnam also battling the delta variant outbreak and announced that from today it will impose strict curbs on movement in its business hub Ho Chi Minh City and another 18 cities and provinces throughout its south for another two weeks.