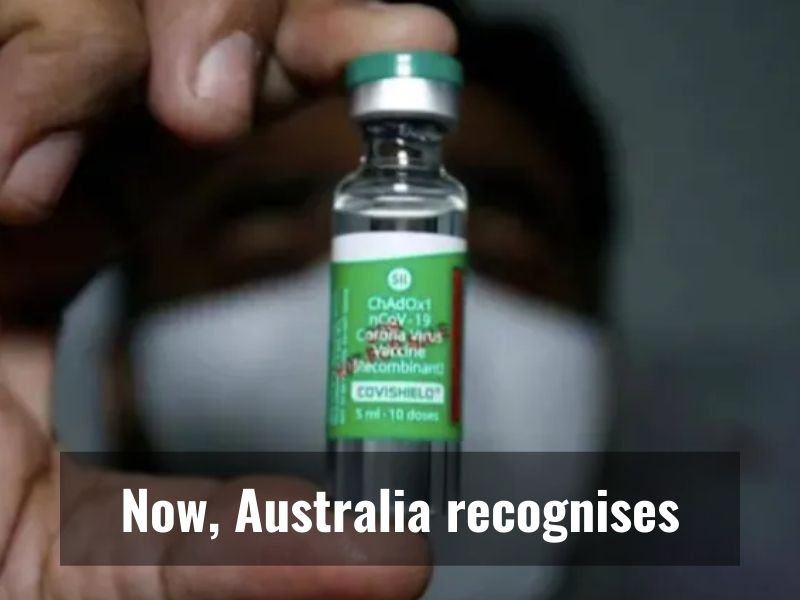 On Friday, Australian Prime Minister Scott Morrison announced that it will reopen the international border for citizens and permanent residents from next month.

The country has advised that these vaccines should be considered as ‘recognised vaccines’ for the purpose of determining incoming international travellers as being appropriately vaccinated.

“We’ve saved livelihoods, but we must work together to ensure that Australians can reclaim the lives that they once had in this country,” Scott Morrison was quoted as saying by Reuters.